A black woman on a white horse rode off into the sunset. I sensed it coming as she walked away from her kneeling former master and swung into his saddle because I watched Westerns–set in the same era as the historical context of this film–with my dad when I was a kid. As I saw Harriet, an identity I had never accepted for myself emerged, an identity I could not quite grasp when I saw Black Panther and the recent A Wrinkle in Time: I thought, “I could be a hero.”

Mentor, shepherd, listener, and advocate are identities I readily see in myself. While these roles nurture, empathize with, and speak up for others, the term hero is weightier for me: it means someone who not only cares for others but inspires them to do good boldly. Wet, natural African-American hair and prayerful listening to God are familiar occurrences in my life but rare sights and a unique combination in on-screen heroes.

Seeing the movie Harriet was a bridge between my former career as a music professor and my current one in communications for a nonprofit that prevents human trafficking. (Getting a plant for my new office from Rashid Johnson’s Monument at the Institute for Contemporary Art was another bridge.) Spirituals sung in context, a subtle and potent orchestral score by Terrence Blanchard, an excerpt from a Nina Simone song, warmly lit depictions of firsthand historical accounts, and costumes that progressively increased in boldness spoke to the artist in me. Powerful monologues, a network of people with varying skills and resources, and scenes of individuals becoming free resonated with my current work.

I have said, “My ancestors were slaves. No one should be a slave today.” That’s why my unforeseen path led to the career I have and appreciate now. It’s also probably why my favorite quote from the film is this: “God don’t mean people to own people.” 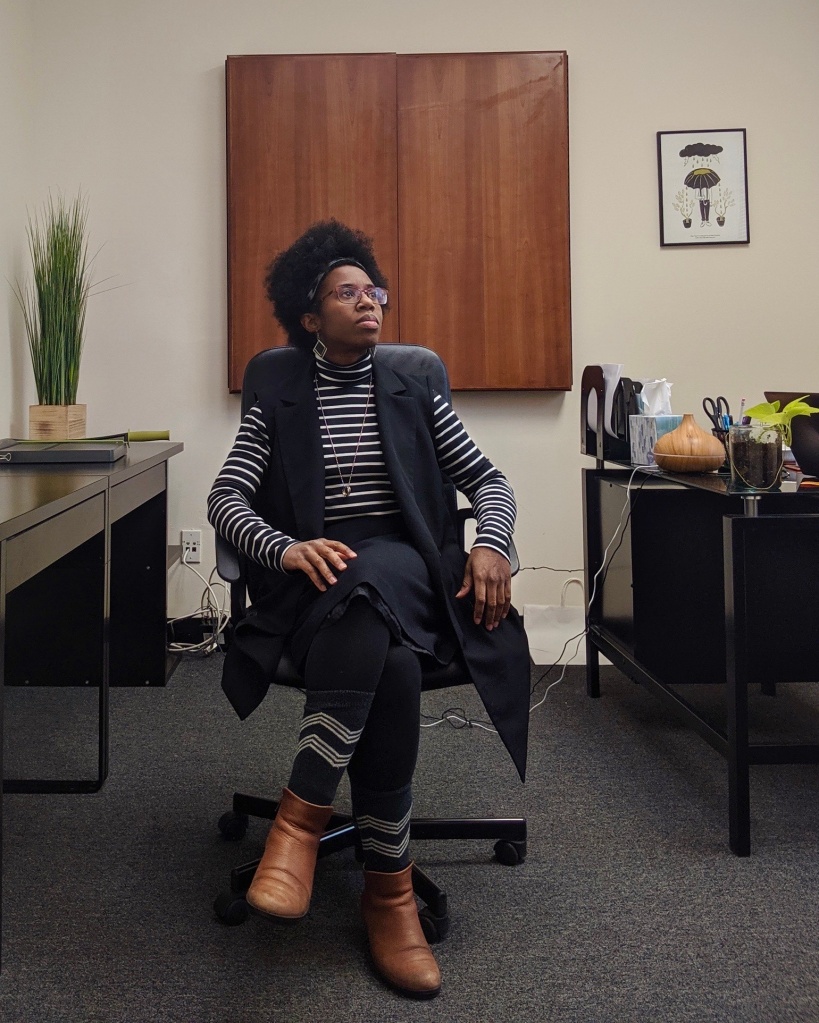